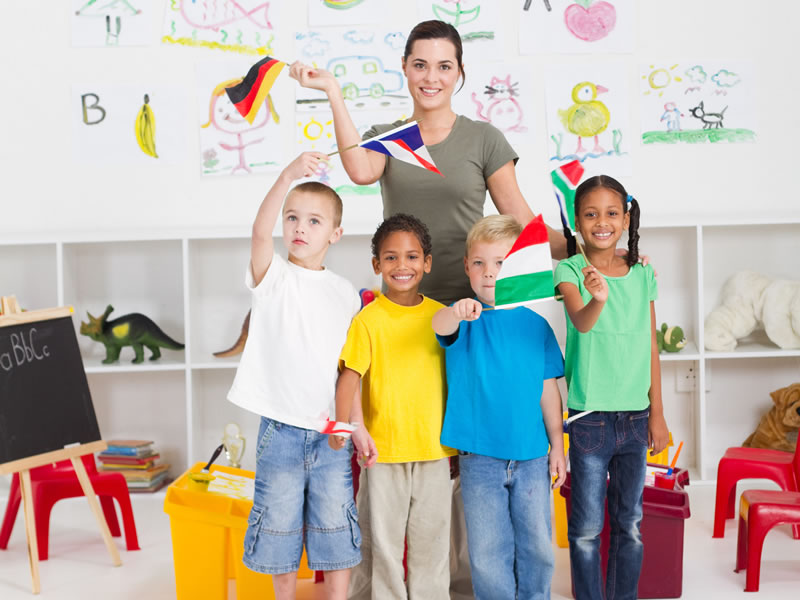 Once upon a time, in the not too distant past, parents and educators feared bilingualism in children. There was the myth that children would be confused, do less well academically, and even have mental health problems as a direct result of speaking multiple languages. This was despite an experiment in 1962 which actually showed that bilingual children performed better academically.

Since then, research has gone much further, conducted by linguists, psychologists, neurologists and neuroscientists. What they have uncovered is that there are a plethora of advantages bestowed upon the bilingual child.

The ability to put thought in to the framework of words affects the way we view, interact with and perceive the world around us. A bilingual child is able to switch between languages and they have greater access to high-level cognitive processes, most notably in the area of problem-solving. In short, it is believed that a bilingual child’s mind is more flexible.

How Do Bilingual Children Succeed Academically?

For a child to succeed academically as they progress through their education they are going to need to draw on a range of skills, aptitudes and resources. Children who are bilingual are sophisticated in their thought processes and can think more flexibly. It’s these benefits in the classroom world of success that has led to the creation of many schools in America and elsewhere adopting the complete immersion method of language learning.

In these settings, for example, children who are English speakers at home can be immersed in a school life in Spanish. Ultimately they follow a dual language programme which results in bilingualism. The academic advantages of this are backed up in research such as ‘The Astounding Effectiveness of Dual Language for All’.

It’s thought that bilingualism enables a greater development of executive function. A bilingual individual will always have both of the languages that they know active in their brain. Therefore, being able to distinguish and prioritise different demands and tasks is being practised in every sentence they speak, even when they are only using one language. Ellen Bialystok, a psychologist at York University in Toronto, Canada, states:

Our executive control, or executive function, is absolutely pivotal to our academic success. The ability to hone in on academic concepts and subject matter without falling foul to distraction is down to this exact ability. Add in how it supports creative thinking and problem solving and you have a potent effect for bilingual and multilingual learners. This attentive ability compounds over time ensuring that bilingual children have the competitive edge.

How to Give Your Child the Academic Advantage of Bilingualism

If you’re not fluent in multiple languages the concept of enabling your child to become bilingual can seem daunting. However, with the Tales of Arthur the Elf, you can achieve it.

To find out more about our programme, please see here.